Thursday, July 10, 2008 started out normally: cotton had been stuffed between my ears sometime throughout the night; my body had gained an enormous mass as well, its weight pulling me deeper into the feather bed, my heavy legs swinging to the edge like cast iron bells; my feet encased in iron felt ready for the ocean floor; I pushed my body upright using arm strength and sat motionless for five minutes in a kind of stupor; a man with no goal; no alarm; no schedule; no deadline. Simply a man with time. And this time continues to tick, on and on, and in this stupor it doesn’t stop, it simply continues to drum, and I am oblivious to its march. In the mornings time fails to exist; there’s simply the stupor and the weight and me, or what I think is me, trying to read the details of an unfamiliar map in poor lighting and without spectacles.

It took two hours to complete my morning routine which Nick and I have outlined on two cards and placed in the bottom edge corner of my medicine cabinet. The cards remind me of the order of bathing: brush teeth, start shower, hair, body, face, shave, squeegee, towel dry, brush hair, after-shave balm, deodorant, patch, hang towels. If I fail to use the list I forget where I am in the sequence and either stop altogether or restart from the beginning. My inability to concentrate on even the most menial activities is another symptom of my depression. I suppose I’m fortunate though, in this fog I find myself in, I don’t really judge the degree of my disability. It’s not as though yesterday I had two legs and today one. This disease is invasive: it’s a brown-out; not quite a black-out, but enough surge to switch off delicate systems and place them in a suspended mode. Next came dressing. The simple selection of items was daunting. Incapable of processing difficult code, I simply grabbed shorts, shirt and sandals and hoped I wouldn’t look like a clown.

I was exhausted by the time I made it to the garden. Nick was there working on a crossword and presented me with a cup of coffee. I opened my laptop and quickly discovered I was unable to concentrate on even simple navigation. Pulling myself up from my chair I hoisted myself onto the sofa and fell back asleep.

I heard Nick’s voice far away, in the distance, miles behind me, “Harlan,” he yelled. I awoke, looking longingly for the river but all I saw was Nick, “I heard your yelling outside, about going somewhere; where were you going?” he asked. “To the river,” I said, “It was calling me.”

After a number of telephone calls I found myself in our car speeding to the hospital to be admitted. By this time exhaustion had overtook me. My resolve against the disease, its voices, its demons and magic and trickery had ceased. I was a harm to myself. I was in significant danger and unstable and required hospitalization in order to save my life from itself.

Upon entering the hospital the stark reality of mental illness was immediately evident. Once announced that you require psychiatric care you are moved through a well-oiled machine. I was placed in a triage room and asked a simple question: have you had homicidal or suicidal thoughts? A simple “yes” answer thrust my welfare to the front of the line: papers were shuffled, calls were made, registration was completed, body searches conducted, personal belongings and shoes removed and bagged, a personal security guard assigned, and the single most powerful yet profoundly simple right was revoked: my right to freedom. I had now become a legal liability requiring constant supervision in a small waiting room with other psychiatric patients. And I was incapable of leaving without seeing a doctor. I had been incarcerated by my own volition. 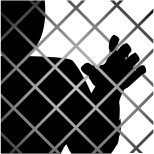 I found it impossible to sit in the holding cell with severely psychotic patients: one yelling someone was stabbing her; another rocking and laughing/crying; a third belching and retching; a fourth pacing like a caged cat. I asked to sit outside, right next to the pen. My guard agreed. About two hours into this episode there was a guard shift-change and I was ordered – ordered to get back into the holding pen. When I flatly refused the guards began to don rubber gloves and said, “Don’t make us lay hands on you, sir! Do not make us lay hands on you!” as though I were a criminal. I said, “I’m simply depressed! Christ, had I known it was going to be like this, I’d have simply killed myself!” and Nick and I walked back into the cell.

Nick and I sat in that holding cell for a total of five hours until at last my name was called and we (Nick, my guard and I) were escorted back to an empty emergency examination room. A nurse threw back the curtain and asked Nick to step out while she interviewed me. She was an angel, I thought, looking at her compassionate eyes and heavenly smile. She inquired as to why I found myself at the ER and I explained the days events. I told her that my language got out of hand, I talked of suicide but had spoken out of turn, and I really just wanted to go home with Nick and did not wish to be admitted.

A platoon of doctors came and went and finally I was discharged honorably into the night. It was determined that I was not a suicide risk and would see my personal psychiatrist the next day and that Nick would have to remain at my side until that time.

This mental illness has kidnapped my sanity; it has revoked my right to free thought and happiness; it has sentenced me to life with a chance for parole only if I continue to absorb Paxil at night before bedtime. But even this mindful incarceration, this disease and its disability pales in comparison to the penal colony operating under the guise of patient safety.  Having willfully turned over my right to freedom was the most eye-opening, chilling, humiliating experience of my life and one in which I will not soon forget.